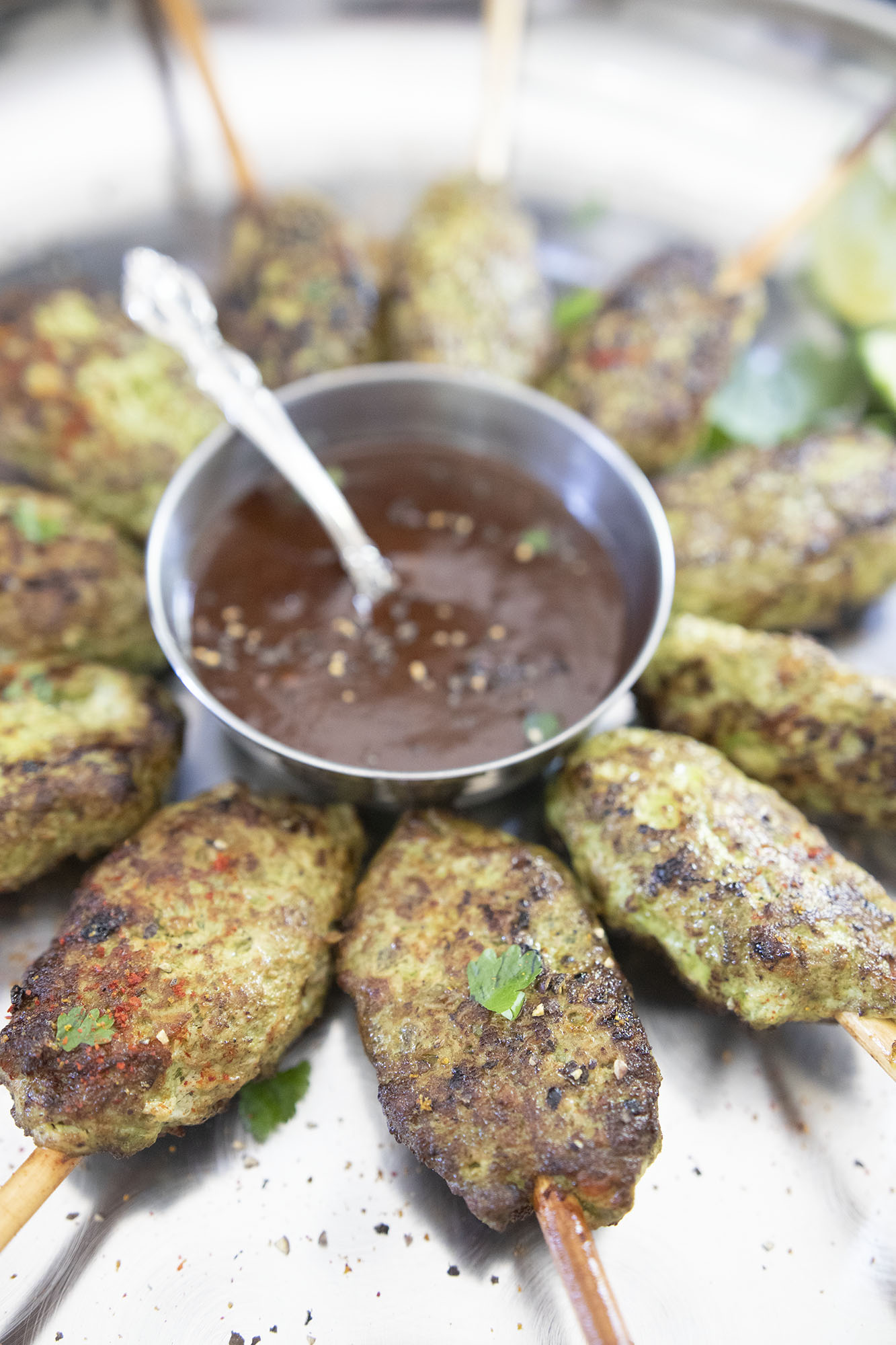 Meat on a stick!!!!! What’s not to love!!! Chicken Cafreal is an old favorite! Beloved to Goa on the Konkan coast of India is the iconic Chicken Cafreal. Not much has been documented about this recipe made with whole roasted and ground spices like Peppercorns, Cloves, Cumin seeds, Cinnamon and Poppy seeds, Vinegar, Green Chillies, Ginger & Garlic, Coriander, Turmeric, Tamarind pulp & Salt. This is rumored to have been brought over to Goa by the Portuguese from a colony they occupied in Africa. It’s also known to have been either called Galinha or derived from a recipe similar to Galinha which simply means fowl or Chicken. Typically the Chicken is shallow fried like this and I also made a version that I cooked on the BBQ.

In this recipe I’m giving it a modern twist by grinding up the Chicken together with the Cafreal paste and cooking this on a stick like a kebab. It’s a great idea to serve as an appetizer. 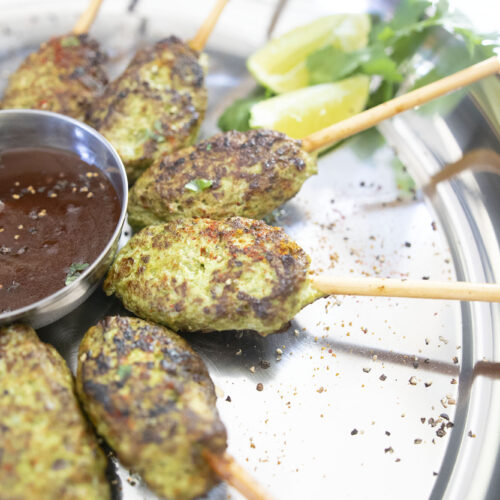 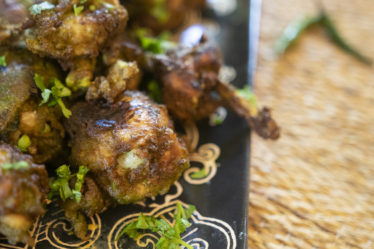 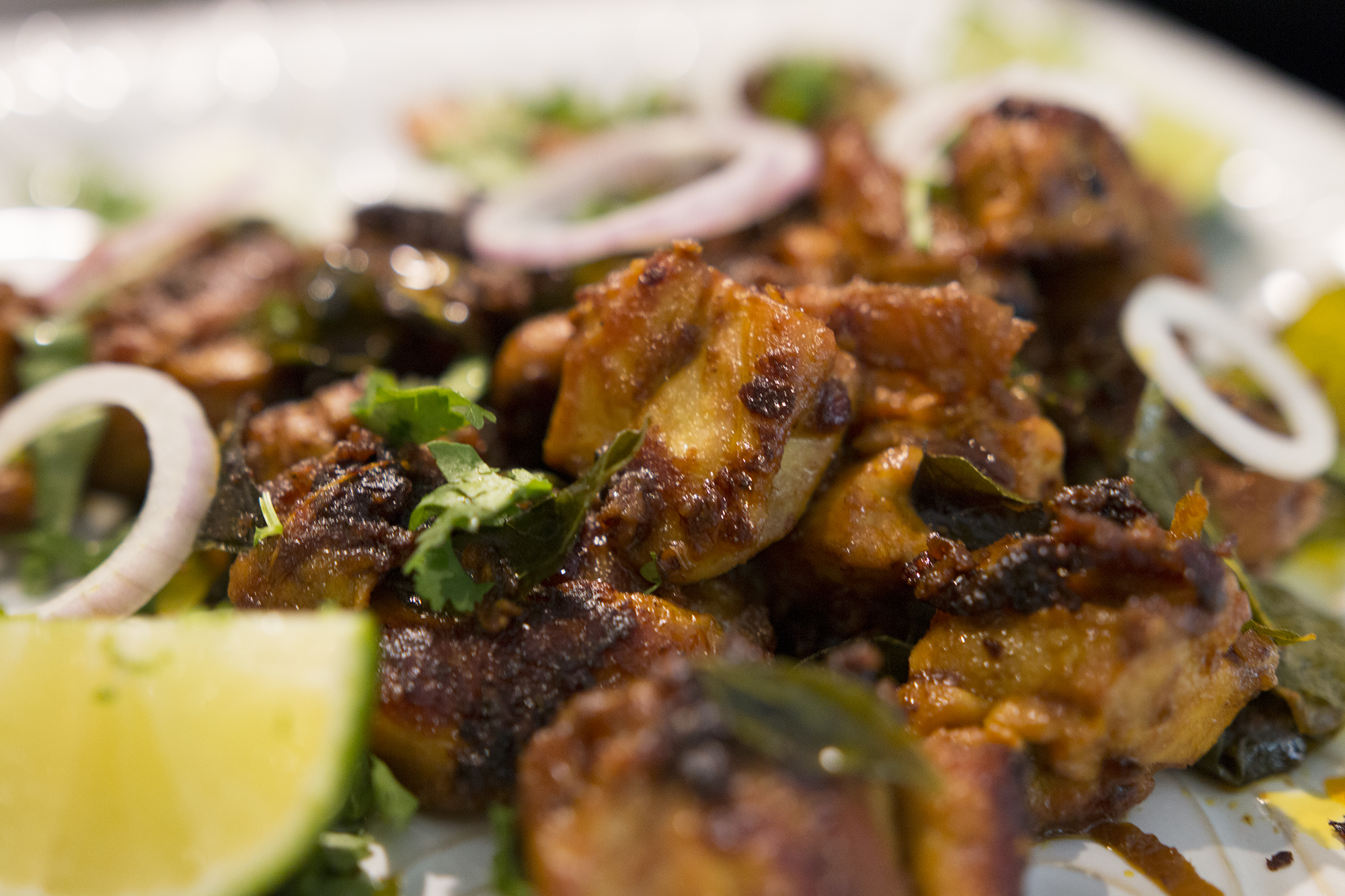 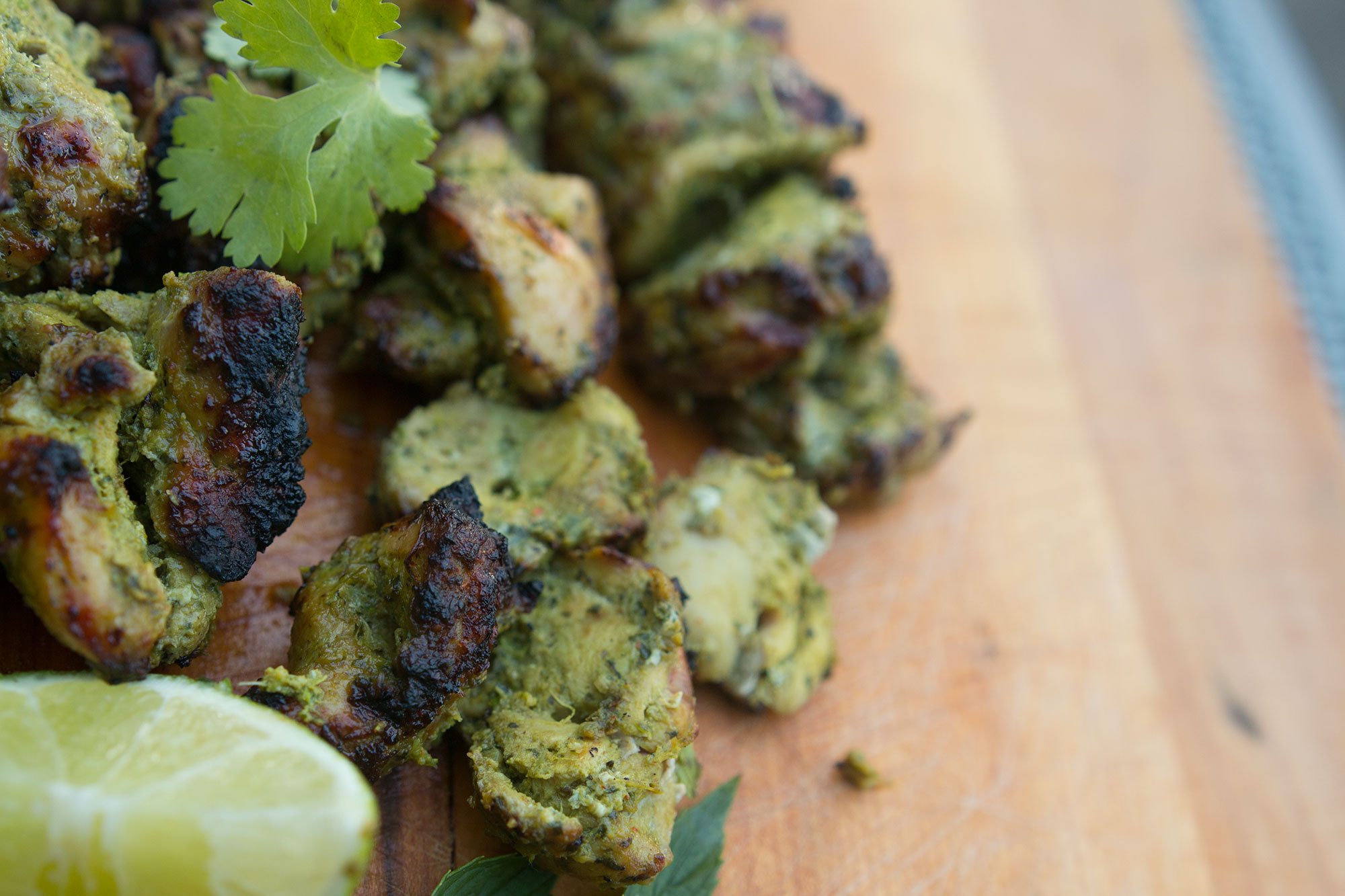