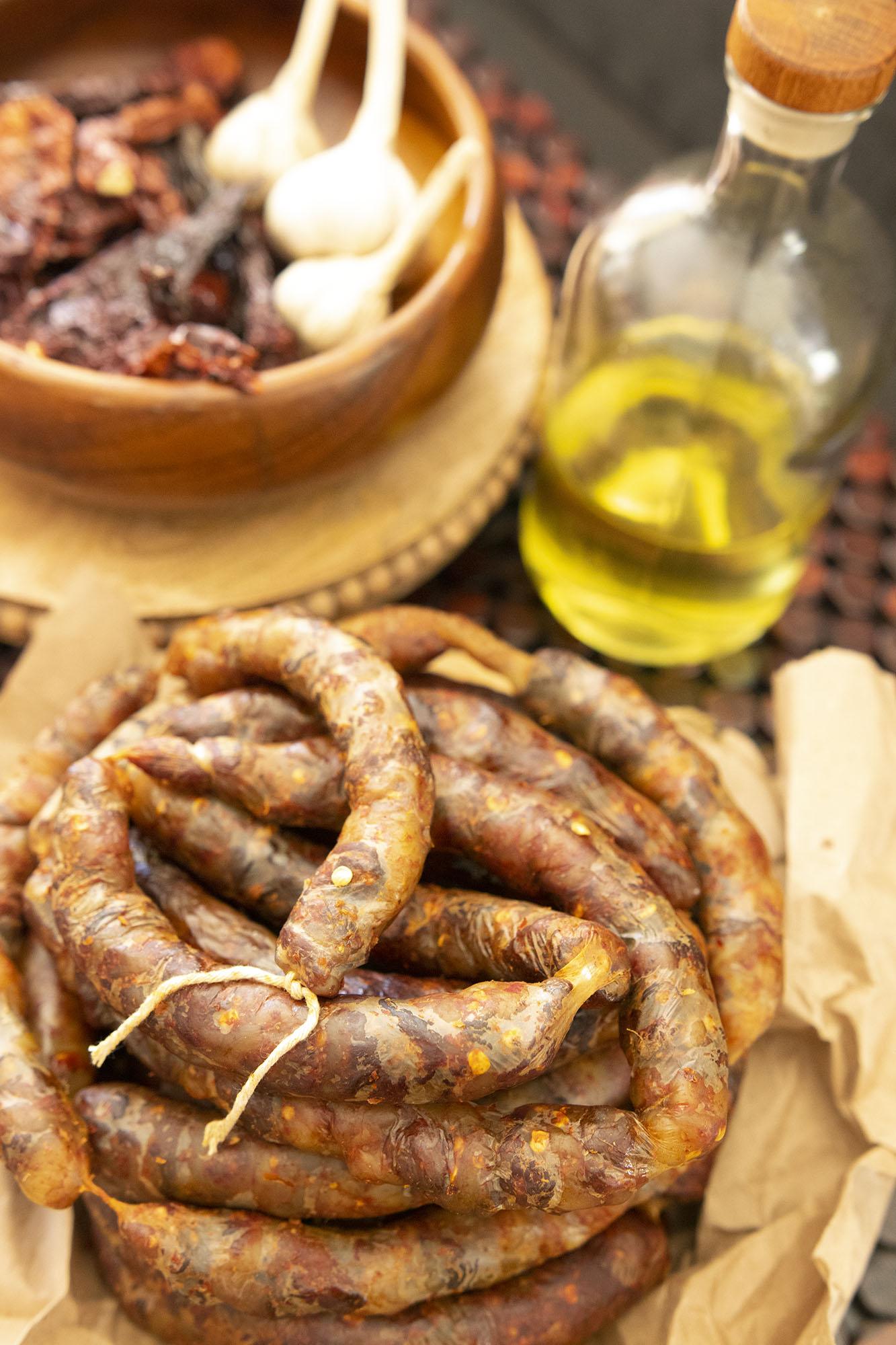 This is finally checked off my bucket list! I’ve been wanting to make my own beloved Goa sausages for a while, but the whole process felt intimidating. We also don’t eat Pork which is the traditional protein, but I was determined to try it with Beef. When I made the Sorpotel, I substituted Pork for Chicken, but Chicken would not work in this recipe, so I used Beef to replicate. While the texture and color would never be exact, this recipe comes pretty damn close.

Goa sausage is made by cutting the meat into very small pieces and then dehydrating it and then applying a special spice paste to the meat. It’s then stuffed into casings and smoked.

In Goa, strings of these sausages are sold everywhere, some are tied in small bundles and are called Rosary beads as they look like a rosary. They are almost a fiery red color and this color comes from the bright red paste that it is marinated in. Unfortunately Beef won’t allow for the color to shine thorough like Pork will, but don’t let that stop you. The final product is smoked to get that amazing aroma and flavour. In Goa, households will smoke this over an open flame, or there are even chambers set up just to smoke the sausages. I smoked mine in my Vision Grill and 40 mins was enough, but some allow the smoke process to go much longer.

In this recipe video, I have called out the differences if you wanted to make this with Pork so it’s easily adaptable. You can also skip the casing process and just smoke the chunks of meat and then bottle it.

Because the meat in this sausage is never ground, it’s typically hand stuffed, unless of course you are using commercial equipment. 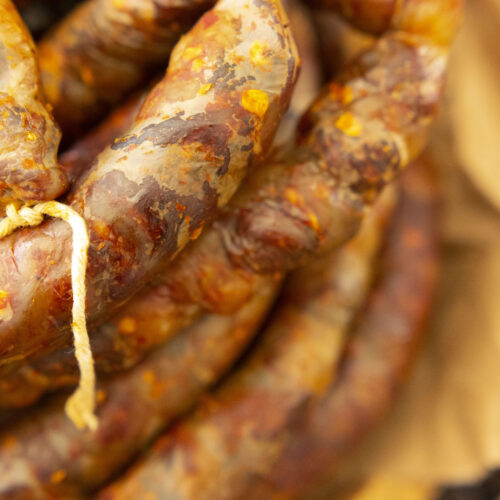 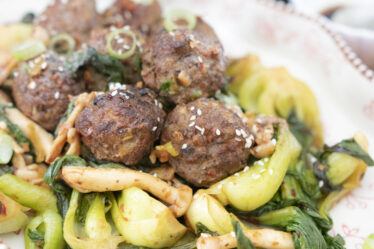 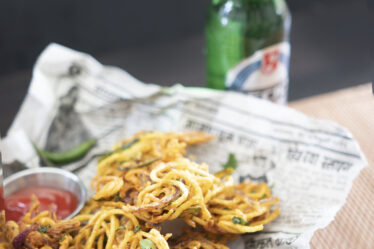