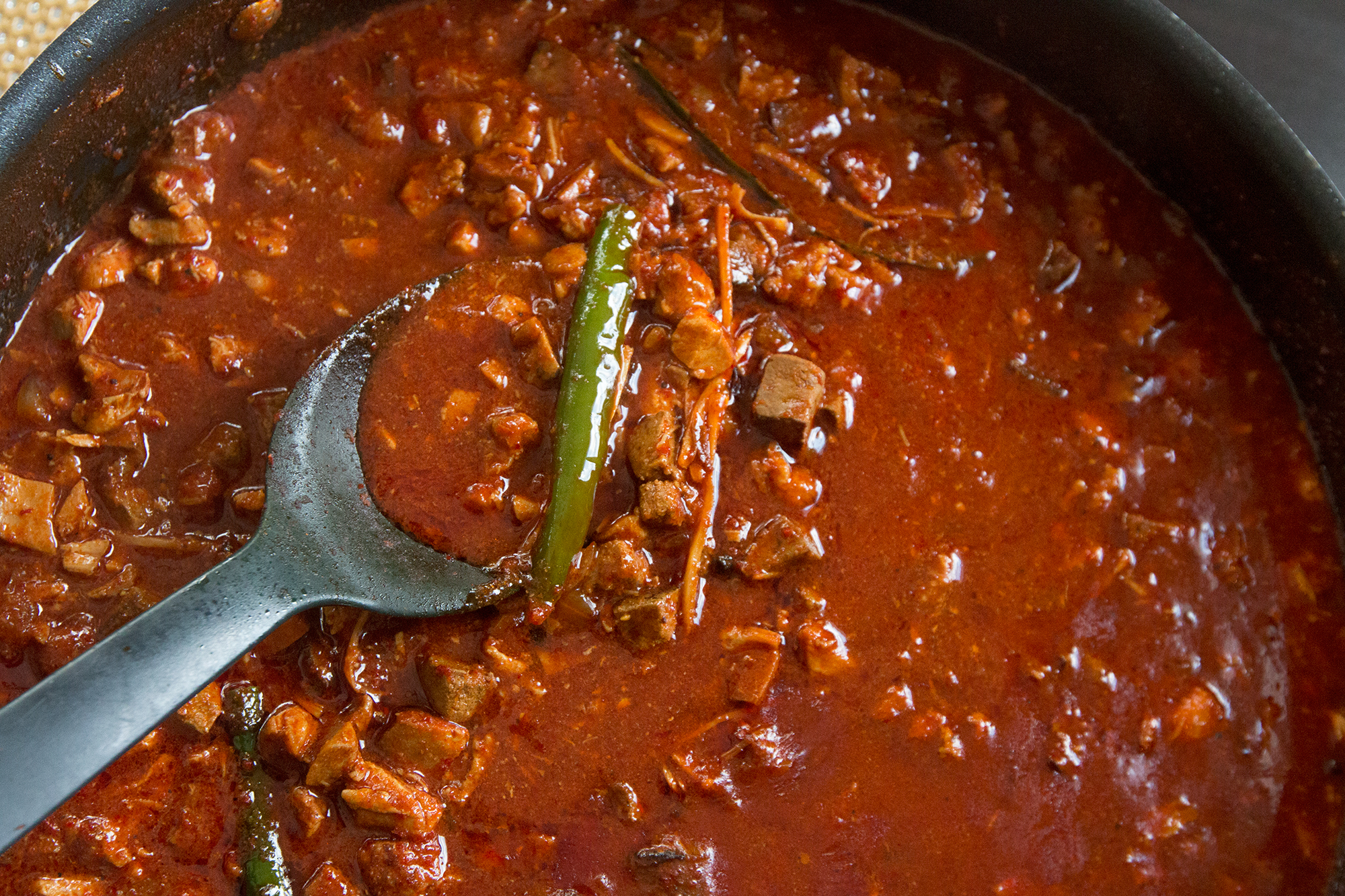 My mom is one of the most amazing cooks that I will ever know. If I had to pick just one favorite, it has to be her Sorpotel. My Virgo Mom, was as meticulous as they come, she would take the time to cut her meat into perfect little cubes that danced in a fiery sour and spicy gravy.

Sorpotel spelled with an o or an a is one of the most traditional and beloved curry dishes served on celebratory occasions. This is rumoured to have originated from the Alentejo region of Portugal, and was carried with Portuguese colonists and settlers to the countries of their conquests. The Portuguese set up their colonies in Goa and the Goans quickly adopted this dish and christened it Sorpotel – Soro meaning alcohol. I would imagine that the original recipe may have contained alcohol. There are so many variations to this recipe out there, the East Indians and Mangaloreans all make their own version of this. In my mind, Sorpotel should be exactly as my mother made it, she followed a typical Goan recipe with perfectly small cubes of meat in a delicious deep red sour and spicy gravy. Versions that are brown and with large chunks of meat just don’t cut it for me.

Sorpotel is traditionally made with Pork and Offal being organs like Liver, Kidney & Gizzards. Because my family does not eat Pork, I was toying with the idea of making a Chicken Sorpotel for years. I think I may have asked my mom to email me the same recipe multiple times. Last year, just before Christmas, I found an old email print out from my mom, she was kinda annoyed that I was asking for it so many times. This is dated 2002! Last year, December 2015, I replicated her recipe originally intended for Pork using Chicken Thigh and Beef liver and the results were outstanding, if you have a really good recipe, you can’t go wrong. Many people cannot eat Pork for religious or dietary reasons, so Chicken is a great alternative but if you would like to make this using the traditional protein, pork shoulder is a good cut but the belly is the fattiest and probably the most popular cut used in this preparation. I know you will probably ask – ‘what if I don’t eat liver?’ Leave it out, be warned though without this you’re pretty much going to get a delicious curry, but not a Sorpotel.

I follow a 2:1 ratio, 2 parts Chicken to one part liver. For the Ofal I prefer to only use liver. I find that if you use other organs the textures are all so varied, it just gets too confusing. I’m using Beef liver since it does resembles Pork liver in texture and color. It’s also convenient because of it’s size, but if you don’t eat Beef, Goat or Lamb liver can easily be substituted. You cannot use Chicken Liver as it’s too soft. To replicate the fatty Pork meat, I’ve used Boneless Chicken Thigh and I’ve got this uncleaned as you can see all the fat still on the meat.

Every good Sorpotel starts with a great spice blend. My mother used a lot of Kashmiri Chillies in her masala blend for intense red color without too much heat. Many people add animal blood to their Sorpotel – quite frankly I find that gross, so the Kashmiri chillies are going to have to paint my Sorpotel red for me. This recipe also uses some traditional Goa vinegar. If you cannot find Goa vinegar, you can substitute Red Wine Vinegar.

Please practice food safety, don’t use the same utensils, boards etc for raw and cooked meat and be sure to wash your hands.

And I’ll sign off with a joke – My friend Succorine from Soglechem Succorine said to me ‘Karen bai, did you know Sorpotel was named after a Gujju? I said what? They don’t even eat meat … then she said yes, the man was ‘Sor’ Patel’ … I can’t believe I fell for that one and if you’re laughing, I can’t believe you fell for it too! 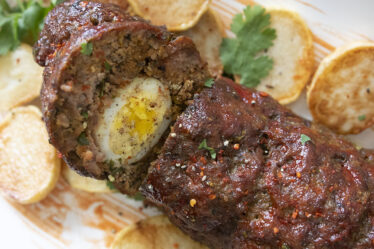 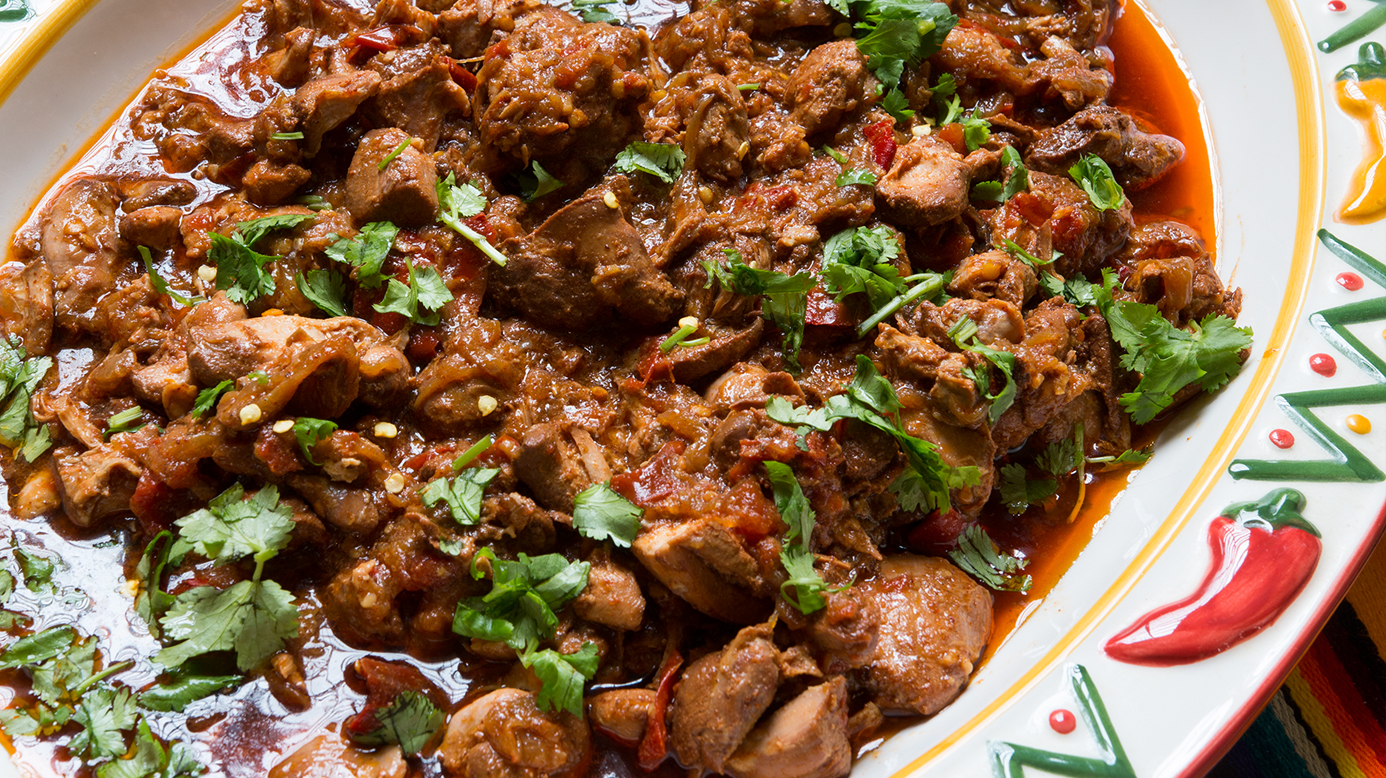 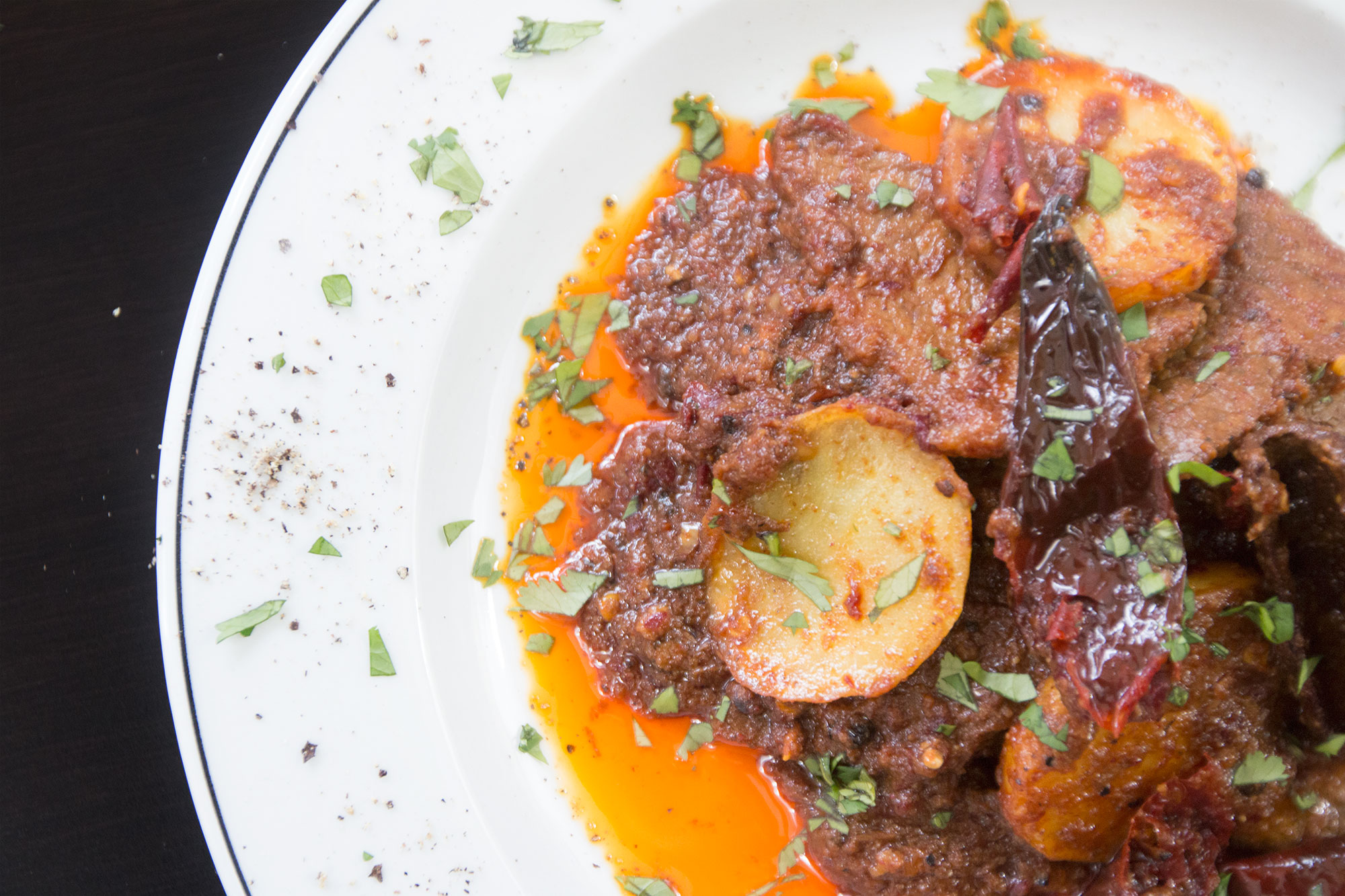