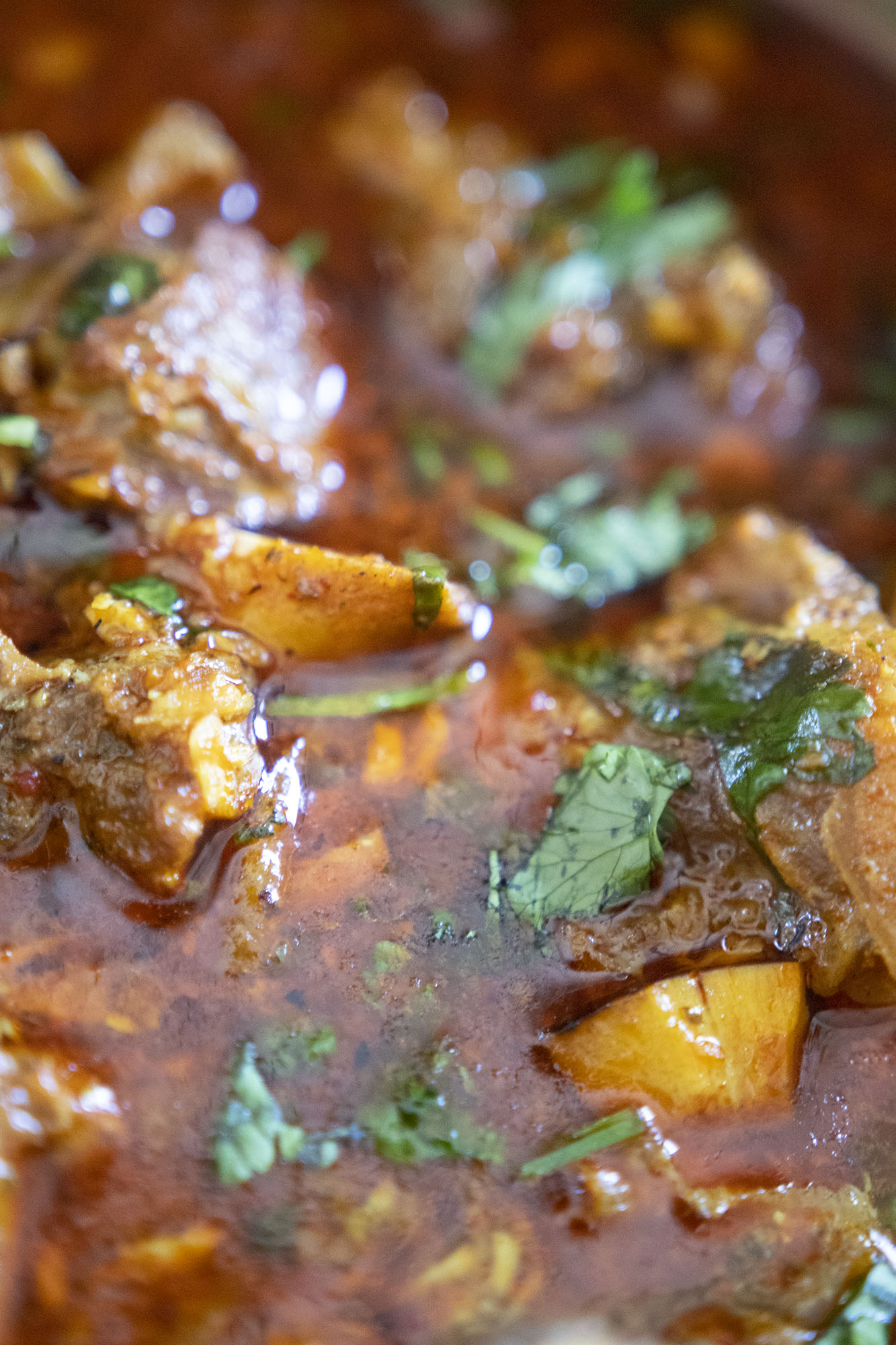 There are so many kinds of Mutton curry. This recipe hails from Maharastra and is a typical spicy curry from the region of Kolhapur.

Kolhapuri cusine is largely influenced by its landscape & crops. It consists of a mixed population – Marathis, Gujratis, Brahmins, Marwadis and Muslims.

Although a vast majority are vegetarian, some in the Maratha community also eat meat and chicken. Red meat is typically Goat or Sheep as Beef is not consumed by Hindus.

Kolhapuri food is considered generally spicy and this preparation is definitely one of them. The spice blend that makes this unique is a combination of coconut and onion, a whole slew of spices and fiery dried red chillies.

Traditionally this recipe is made by drying all the ingredients in the sun and then pounding them together. However living in Toronto this is harder to do, so I will be roasting everything ad then will use my food processor to grind it together.

You can also use the spice blend to make Chicken, Veggies or Seafood.

To make this special dish, the curry paste is used with other ingredients like coconut, onion, red chilli powder and the mutton is submerged in a lot of water before pressure cooking. This results in a watery like gravy as rassa means watery or curry. 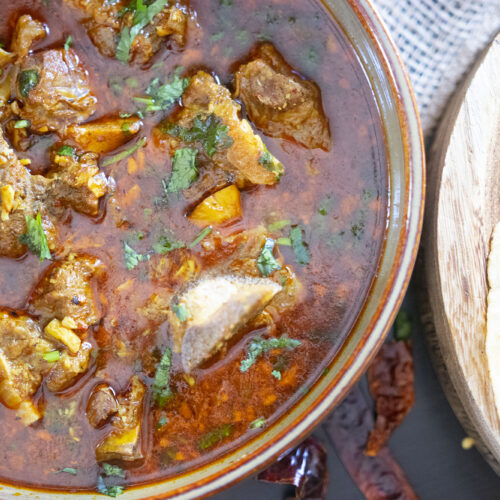 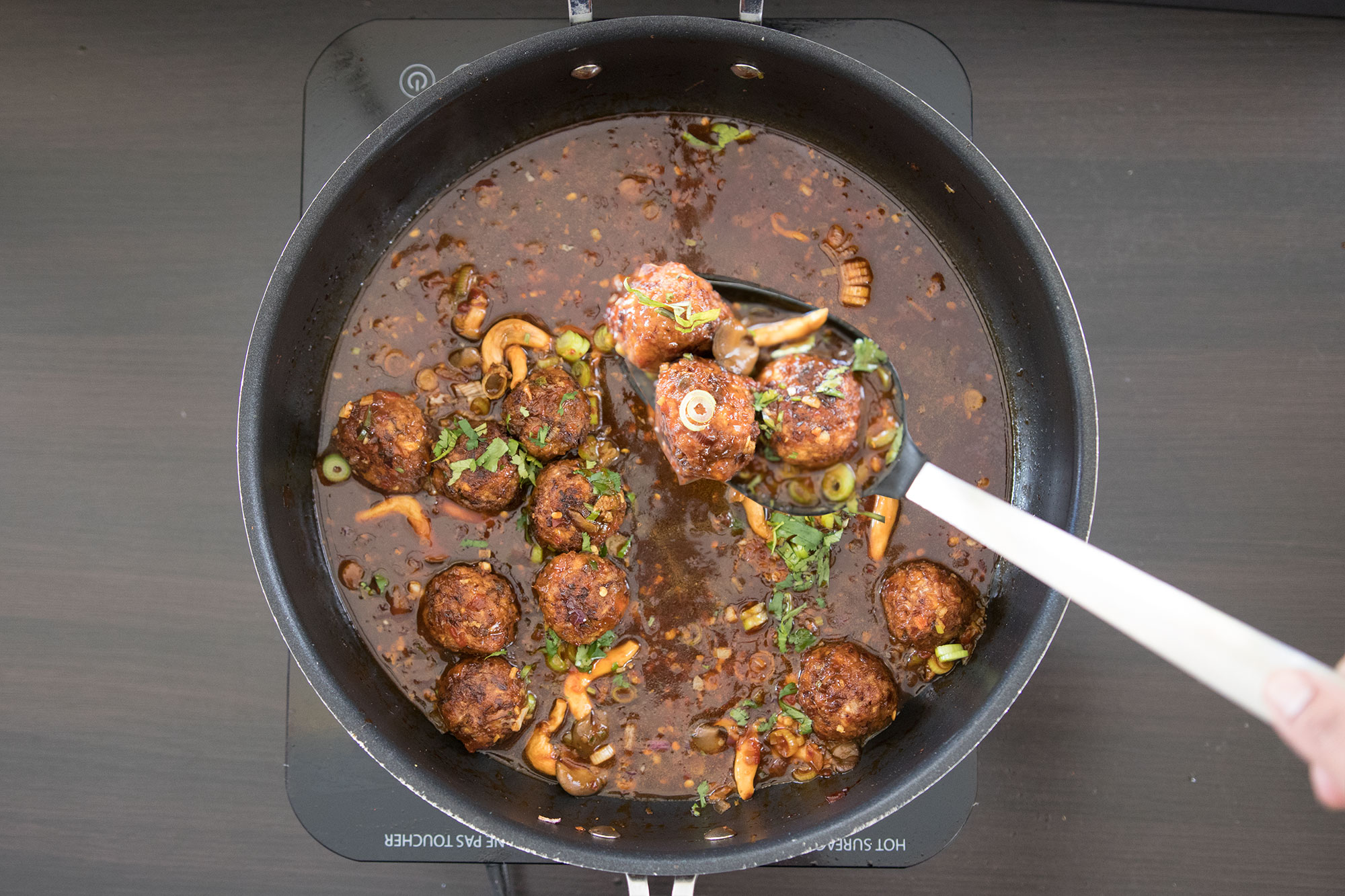 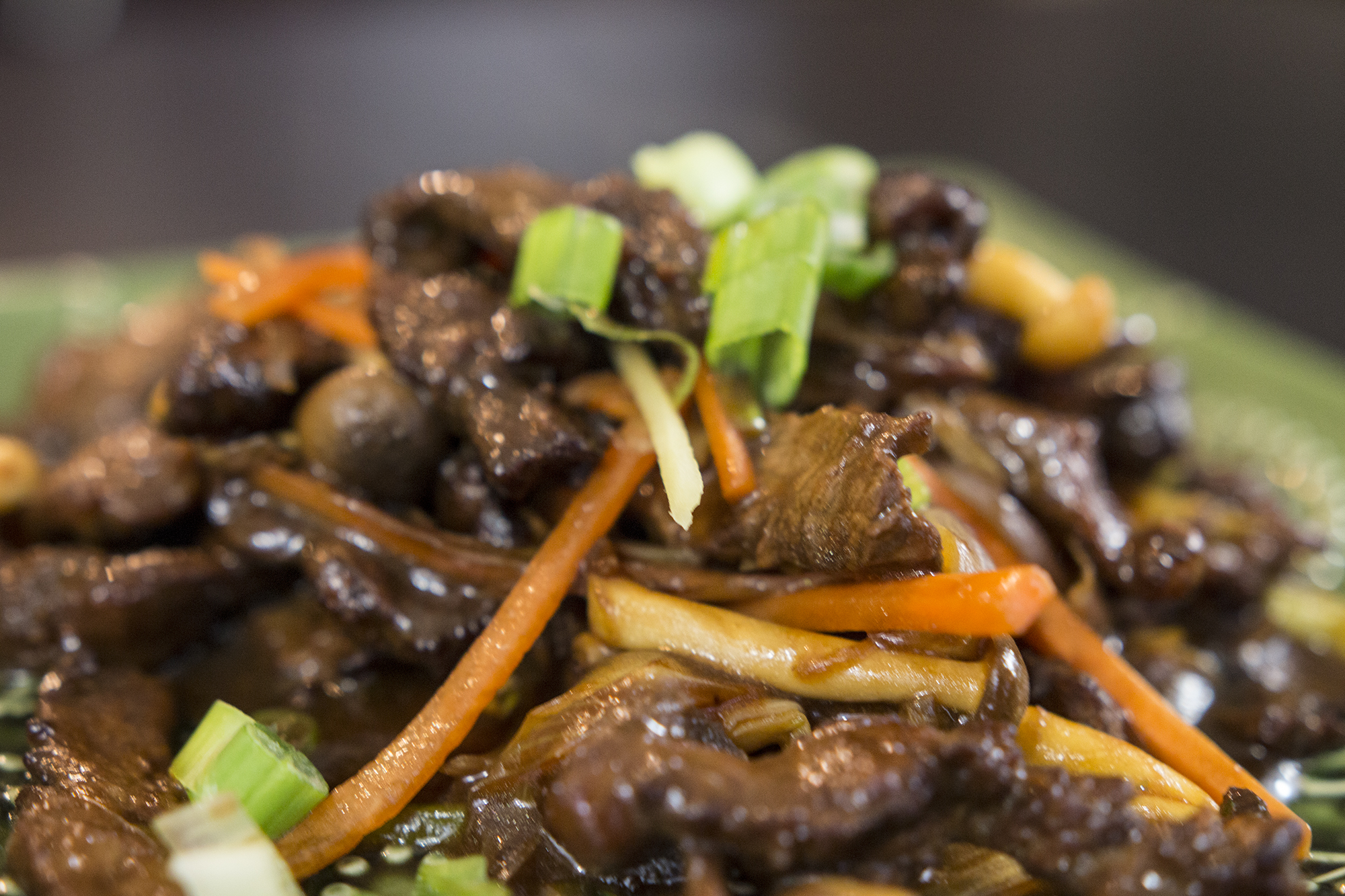 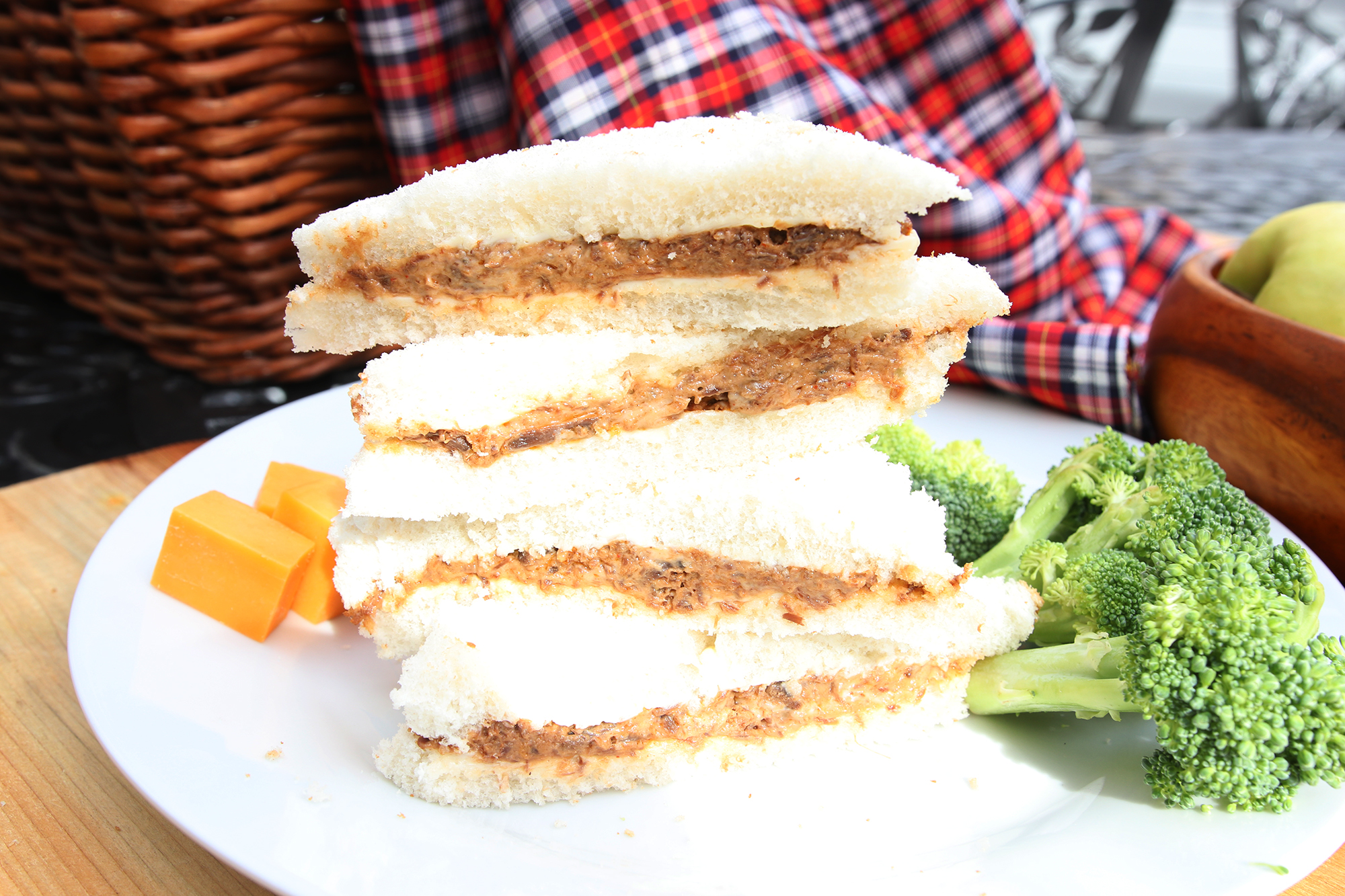